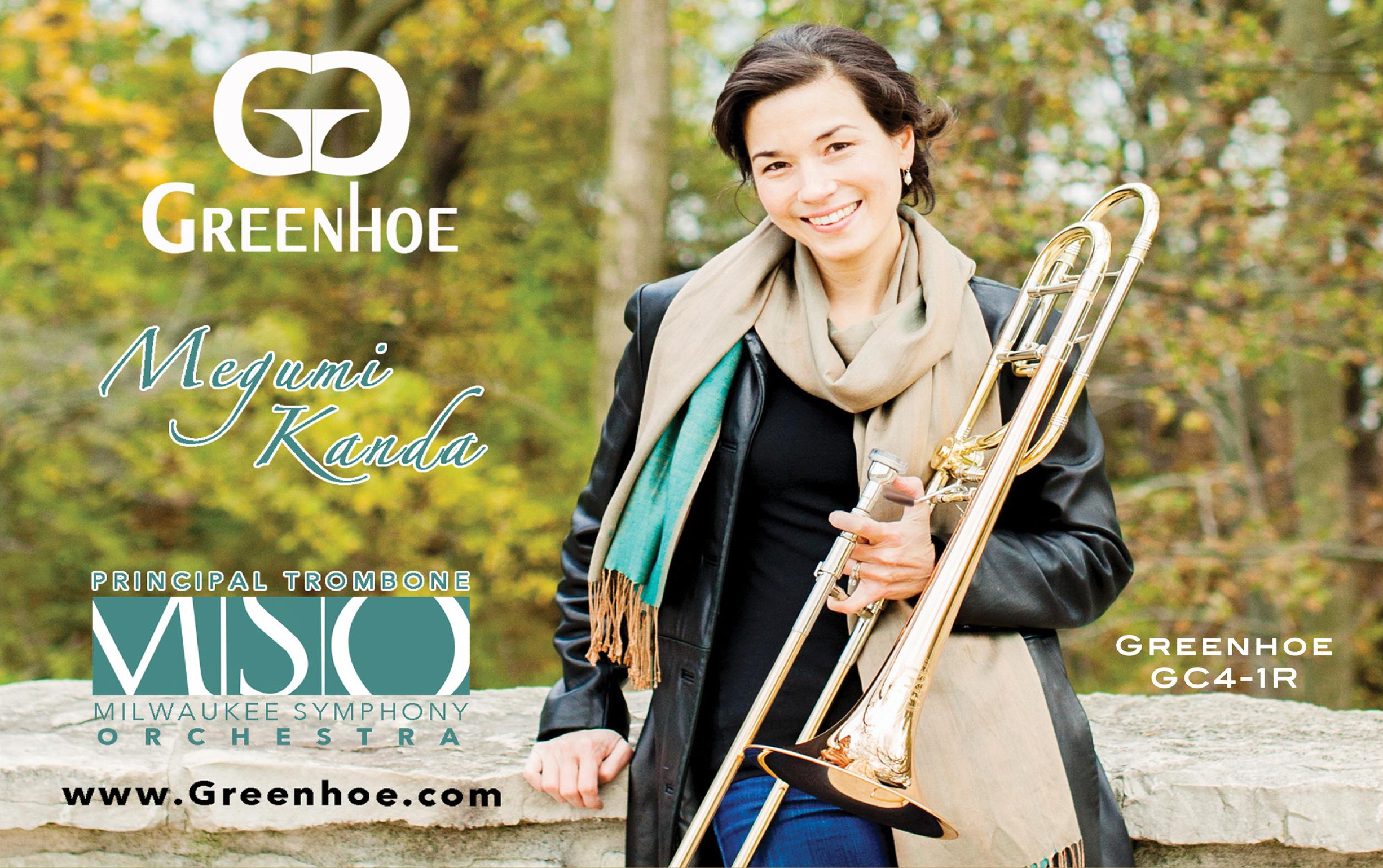 Megumi Kanda, Principal Trombone of the Milwaukee Symphony Orchestra, is a native of Tokyo, Japan. Megumi began to play the trombone at age ten and continued her studies at the prestigious Toho High School of Music, where she studied with Sumio Miwa, trombonist in the NHK Symphony Orchestra. At age fifteen, she became the youngest player ever to be named as one of the top ten trombonists at the Japanese Wind and Percussion Competition. Two years later, she won the Grand Prize in the National Competition for Solo Trombone and won best soloist prize upon graduation from the Toho High School of Music.

Megumi came to the United States in 1994, and received her Bachelor of Music degree from the Cleveland Institute of Music, where she studied with James DeSano, former principal trombone of the Cleveland Orchestra. Prior to joining the Milwaukee Symphony in 2002, she previously served as a member of the Rochester Philharmonic Orchestra, faculty member of the Eastman School of Music Community Education Division, and principal trombonist of the Albany Symphony Orchestra.

Megumi has performed in recital and as a soloist across the United States, Europe and Asia, including with the Milwaukee Symphony Orchestra, the US Army Field and Pershing’s Own Bands, and the Prague Chamber Orchestra. As a JVC/Victor Entertainment artist, Megumi recorded three solo albums: Amazing Grace, Gloria, and Mona Lisa. She also can be heard on Magnifique Live, a live recording with other JVC artists recorded at an August 2005 performance at Takemitsu Hall in Tokyo’s Opera City. She is a regular guest artist at festivals such as the International Trombone Festival and the American Trombone Workshop, as well as at numerous colleges around the US and Japan.

In April 2006, Megumi was recognized by the Arion Foundation in Tokyo, Japan as one of the most influential Japanese classical artists. She has also received a Certificate of Commendation from the Consul General of Japan at Chicago in recognition for distinguished service contributing to the friendship betweend the United States and Japan. In 2017, Megumi was named by the Milwaukee Business Journal as one of Milwaukee’s Women of Influence in the category of education.

In her spare time, Megumi enjoys gardening, going to Milwaukee Brewers games, and taking walks with her husband Dietrich and sons Hans, Max, and Lukas.

The 100: Essential Works for the Symphonic Tenor Trombonist, by Megumi Kanda