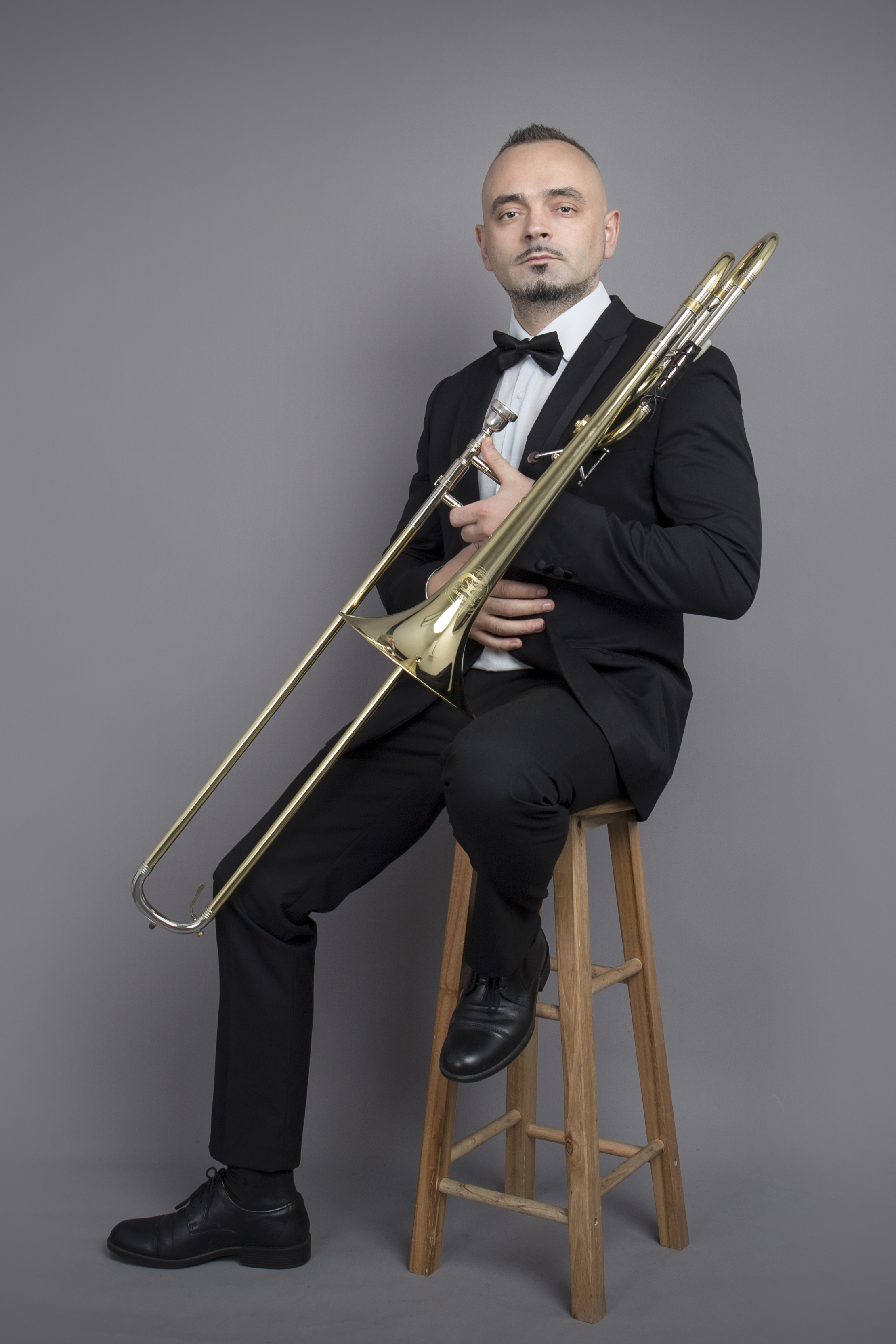 Born in Southwest Ukraine, Andriy Grebelyuk began studying music at the age of 12. He started his musical studies on the piano and trumpet before moving on to studying trombone in a music college at 15 years of age. Andriy began his professional career, at a young age of 18 years old, performing with his professor, Victor Gotchev, who was Principal Trombone of the Odessa National Philharmonic Symphony Orchestra. He graduated with a Masters Degree in 2012 from the Odessa National Conservatory.

From 2009-2013, Andriy served as Bass Trombonist of the Odessa National Philharmonic Symphony Orchestra under the baton of Music Director, Hobart Erl. From 2014-2016, he served as Associate Trombone Principal with the Guiyang Symphony Orchestra in China. Andriy has also performed in many concert halls in different parts of the world including Germany, Great Britain, Switzerland, USA, Canada, Korea and China.

Andriy is also an active solo performer with many awards to his name. He won First Prize in the 2010 and 2011 editions of the International Music Competition of Ukraine. Andriy also won First Prize at the Second International Trombone Competition of Stephan Ganich in 2010. He has also performed many solo works with the Odessa Conservatory Wind Band and Symphony Orchestra.