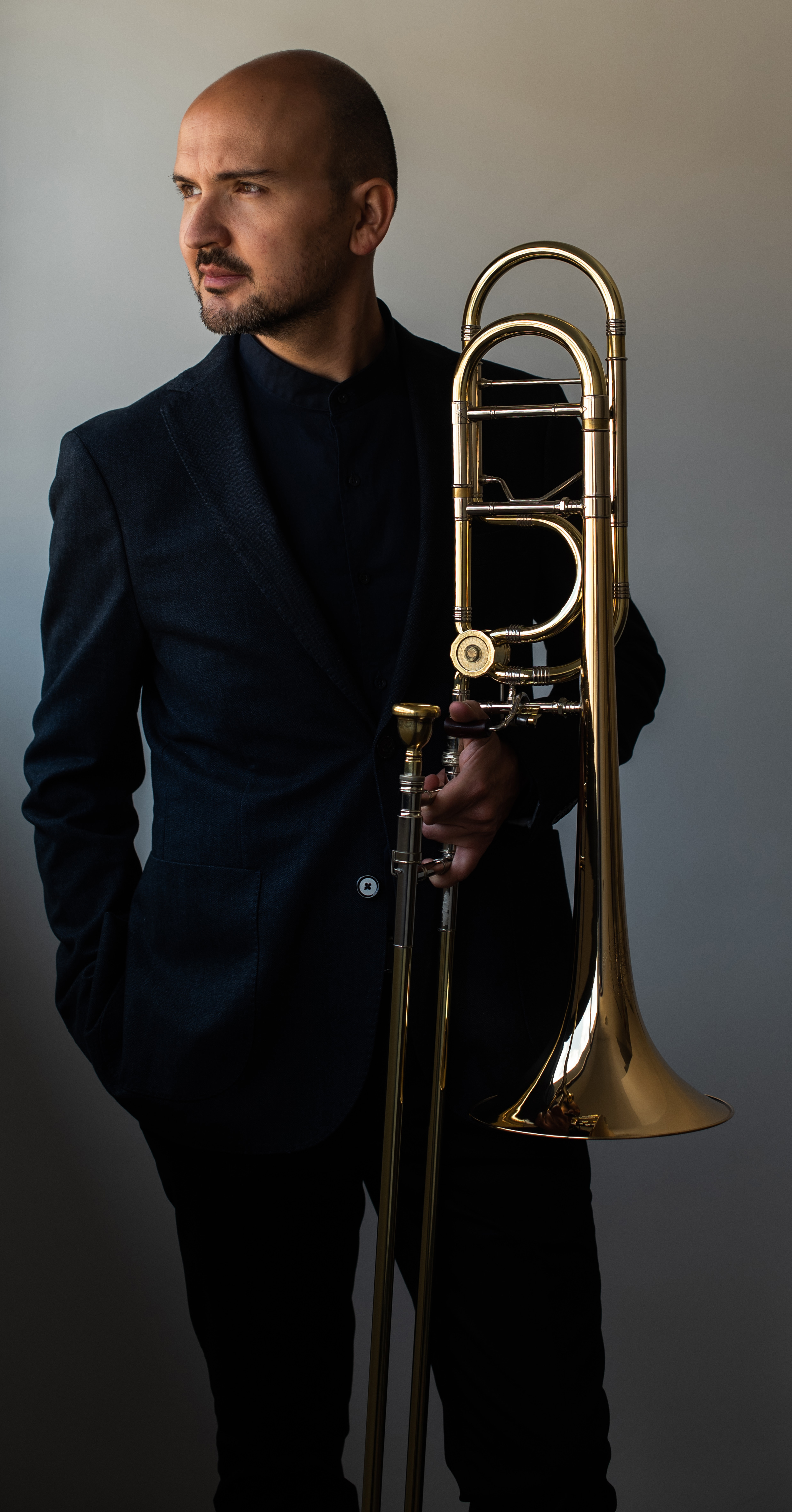 Santiago Blanco has held the Principal Trombone position at the Navarra Symphony Orchestra in Pamplona (Spain) since 2008. Previously, he was the Assistant Principal trombone at that same orchestra, a position that he obtained at the age of 19.

Born in Vigo, a city in the northwest of Spain, Santiago obtained his Bachelor’s Degree at the conservatory of his hometown under the guidance of maestro Feliciano Morales. After, he moved to Chicago, IL to study a Masters in Orchestral Studies with maestro Jay Friedman (Principal, Chicago Symphony). At Roosevelt, Santiago won the Concerto Competition and performed the F. David Concertino with the Roosevelt University Symphony Orchestra under the baton of Jay Friedman. Afterward, he was admitted to the prestigious Northwestern University and earned a Certificate in Trombone Performance with maestros Michael Mulcahy, Charles Vernon and Peter Ellefson. He also participated in numerous masterclasses from maestros Mark Fisher, Larry Zalkind, Gene Pockorny, Ingemar Roos, Rex Martin, James Markey, Steven Witser, Rubén Prades, Hans Stroecker, Olaf Ott, and Michel Becquet.

As a pedagogue, Santiago is frequently invited to hold masterclasses at numerous conservatories and schools of music. He has also been a coach at various youth orchestras like the Galicia Youth Symphony, Euskadi Student Orchestra, University of Navarra Orchestra, Vigo430 Youth Orchestra and the Contemporary Academy at the Via Stellae Festival.