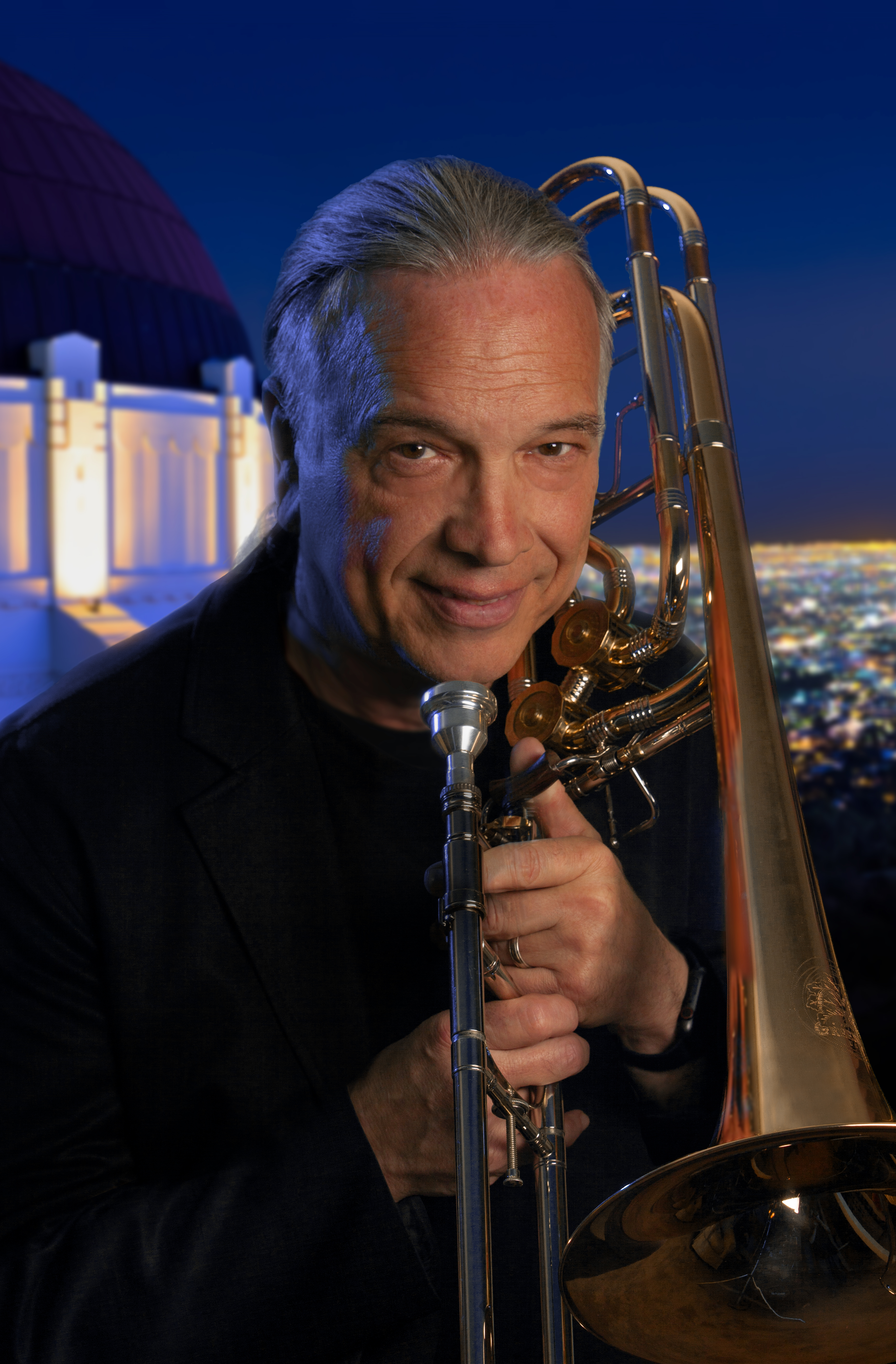 A native of Takoma Park, Maryland, Bill Reichenbach was educated at the Eastman School of Music, where he studied with Emory Remington. Relocating to Los Angeles in 1975, Bill has played on at least 1000 records, 600 movies, plus countless jingles and television shows. Primarily a bass trombone player, Bill also plays tenor trombone, contrabass trombone, euphonium, tenor horn and tuba. The Bill Reichenbach Quartet CD continues to be heard on jazz radio stations throughout the country.

Bill is a member and on the board of directors of The American Federation of Musicians – Union Local 47, as well as a member of the board of the Recording Musicians Associations of Los Angeles (RMALA).

Bill founded The Hearts of Music Fund, a non-profit fund established to assist musicians with emergency medical needs. Many musicians, although working, do not have or qualify for medical insurance and, as we all know, illness and accidents don’t check for medical coverage before striking. Created in 2003, Hearts of Music Fund has been raising money by offering concerts every Christmas season by the Trombones-L.A. trombone choir. They perform holiday music (arranged and conducted by Bill Reichenbach) at Emmanuel Lutheran Church, 6020 Radford Ave., N. Hollywood, CA 91606.