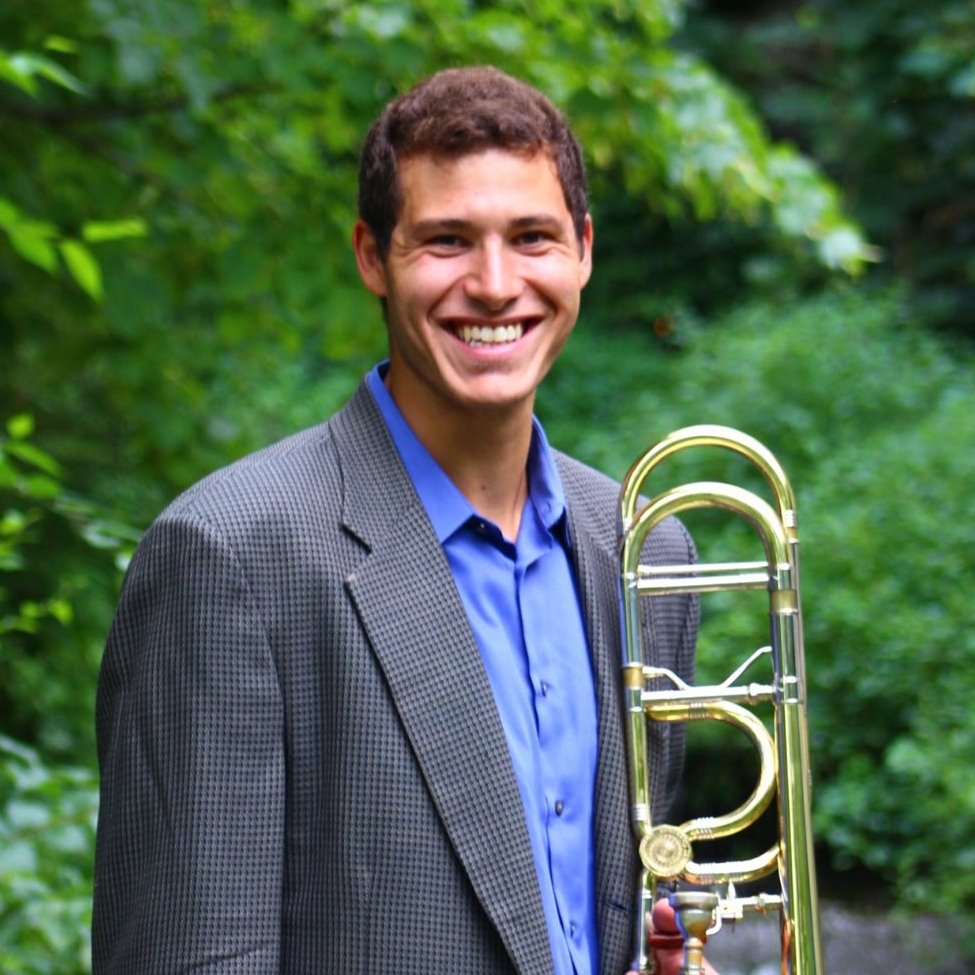 Nate Doucette, a Buffalo, New York native, is currently a trombonist with the United States Navy Fleet Bands. He is also a former section trombonist for the Milwaukee Ballet Orchestra.

He has performed with the Youngstown, Firelands, Mansfield and Cheektowaga Symphonies as well as the nationally recognized American Legion Band of the Tonawandas. His contributions can be heard on the 2013 soundtrack to “Queen City” and on Cleveland rapper Archie Green’s song, “A Weird Intro.”

In addition, Nate has been a fellow with the National Repertory Orchestra in Breckenridge, CO and the National Symphony Summer Music Institute in Washington D.C. As a fellowship winner of the United States Air Force Collegiate Symposium, he performed with the USAF band in Washington D.C. Nate has been a participant in the Mulcahy Trombone Seminar, Pokorny Low Brass Seminar, the Rafael Mendez Brass Institute, and the inaugural year of the Third Coast Trombone Retreat. Nate enthusiastically shares his musical abilities with the community, frequently performing at services for various churches.

Nate has received a number of awards for his work. These include winning the “under 20” division at the American Trombone Workshop, and his quartet being awarded alternate in the International Trombone Association Quartet competition. He is also an avid composer and arranger, receiving accolades for that work as well. Nate was named a Winner of Downbeat Magazine Young Artist Award for Original Composition Orchestrated Work. His arrangement of the national anthem for trombone choir was performed routinely at DePaul University basketball games.